Eighteen year old Myla Lewis is a girl who loves two things: kicking ass and kicking ass. She’s not your every day quasi demon, half- demon and half-human, girl. For the past five years, Myla has lived for the days she gets to fight in Purgatory’s arena. When souls want a trial by combat for their right to enter heaven or hell, they go up against her, and she hasn’t lost a battle yet.

But as she starts her senior year at Purgatory High, the arena fights aren’t enough to keep her spirits up anymore. When the demons start to act weird, even for demons and the King of Demons, Armageddon, shows up at Myla’s school she knows that things are changing and it’s not looking good for the quasi-demons. Myla starts to question everything, and doesn’t like the answers she finds. What happened seventeen years ago that turned the quasi-demons into slave labor? Why was her mom always so sad? And why won’t anyone tell her who her father is?

Things heat up when Myla meets Lincoln, the High Prince of the Thrax, a super sexy half-human and half-angel demon hunter. But what’s a quasi-demon girl to do when she falls for a demon hunter? It’s a food thing that Myla’s not afraid of breaking a few ruls. With a love worth fighting for, Myla’s going to shake up Purgatory.

Next in Series: Scala

Okay where do I start. I love this. We have a badass heroine, a hero who lets her be said badass and loves her for it and an awesome world.

There wasn’t a thing I didn’t like about this book. For those close to me will tell you I love stuff like this. Angels, demons, anything supernatural. Total up my alley.

Story is set in Purgatory, which is described as mundane. The kind of bland that is Halloweentown during the Gray Spell. (Yeah I just showed my age, what you going to do about it?) Myla is part Furor demon and part human. She fights in the arena to send souls to hell. Her mother hates this. All Myla wants to do is fight and find out who her dad is, but unfortunately her mother won’t tell her. Then she meets Lincoln.

I love Lincoln. At first him and Myla are a enemies to friends then friends to lovers. I was so goo goo eyed. They are so adorable. Lincoln doesn’t hold Myla back. He sees her as a warrior and respects it. Totally awesome.

The world building and character building had me captured. I couldn’t put it down for a minute. I did guess a big important twist before it happened but I’m not even going to take a half star for that.

I don’t know why it took me forever to pick up this book. Another series that I more than likely reread. 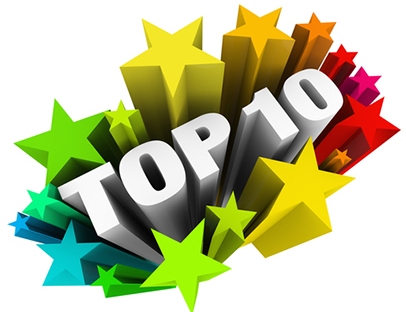 Okay so I was thinking to myself last night that I haven’t done a top 10 in a long time. Well guess that means it’s time to start this up again. What’s a better way of getting back into the grove than the things I wish authors would put in their books. Now some of these may be in books but I haven’t read those yet.

Most books I read the heroine is 5’2 or taller. I am exactly 5′. I have to climb on to counter tops to reach the second to top shelf. If I want to reach the top shelf I have to full stand on said counter. I want to read those struggles. And of course instead of the hero helping the h he laughs at her. Why? Because that is what happens at my house. That’s why.

Another genetic problem I have. The dreaded DDs. Yeah that’s right, I’m a Dasiy Duke. I hate how heroines complain about having small boobs. Oh boo hoo. You know what you get with big boobs that you don’t get with small boobs? Back pain. Boobs getting in the way of everything. Not finding the right size shirt because while your waist is tiny you boobs aren’t and you look like a mutant or anime. Oh let’s not mention the cost of bras because Wal Mart and Target don’t carry your size and you have to go to expensive places such as Victoria Secret.

I want more cuddle scenes! Yes I love my sex scenes but I want a more intimate moment.  Or a little more realistic scene such as watching tv and sitting at opposite ends of the couch with feet meeting in the middle. The part where they play awkward footsie tag till they get their legs situated and his foot is damn near kicking her crouch because he has longer legs and her’s legs meet his knee caps because hello short.

I know, gross, but it’s a very natural occurrence that doesn’t pop up in books. How about the heroine gets her period with hero while on a date and have to be embarrassed? I know I’ve done that before. Or started period at work and the day ends up crap so heroine goes home to a jar of peanut butter?

Heroines getting her grub on. I need a heroine that she wants to be alone with a book and junk food. Not all of us are eating healthy or health nuts who watch ever intake. Some of us get our grub on and I would like to see that more.

What I mean by this is a normal routine. I know reading about a morning routine is boring but I wouldn’t mind knowing the character at least brushed their teeth. Or forget their book while going to the bathroom and now has to read the back of a shampoo bottle. Or even run out of toilet paper.

I tend not to have many friends because people don’t get my humor or don’t know that I am joking 99% of the time. I also have a tendency to say jokes at the wrong time. Wouldn’t be so bad to have a heroine like that. Just saying.

I’m really tired of reading virgins taking their first time like a champ. No. sex for the first time is awkward and painful for a girl. Even if it is with someone you love it still hurts. And enough of said virgins never giving bjs before suddenly can win an Olympic gold medal in the act. No that doesn’t happen. I’ve read one book where the hero coaches what to do and what he likes and I loved it.

Come on authors not all men walk around hung like a horse. Just saying. I want the hero that looks at the heroine and say I’m not big. I’m not the greatest, but you will walk away pleased. Or some bull hockey like that.

1. Heroes talking about books with heroines

Hello, we are bookworms. We need at least one guy on our book boyfriend list that reads and loves talking about books.

Is this to much to ask for? What’s something you wish authors would put in their books?