Series: A Shade of Vampire #3

Review: So a little bit after I have read the second one I go to see how much this one is and see it is now on Kindle Unlimited as is the rest of the series. I load up my kindle till book 8.

This one started off great. It was in the middle of a battle scene then chapter one goes some time before the battle even takes place. It was kind of slow for me. I was finding myself not really caring about Sofia and Derek. I just want to know what is going on with Ben, Lucas, and those major plot twists at the end of the second book.

Sofia, Sofia, Sofia… did you just want to irritate me through most of the book. She kept on thinking about sandcastles and how her and Derek’s relationship is a sandcaslte.

Sofia is really naive. Her character and Derek’s seemed to coast through half of the book. There is one scene which Derek does something honorable but other than that these two characters didn’t seem to develop anymore as the story went on.

Derek… your magic vampire weenie isn’t working on me. I don’t have the full appeal to Derek. He is kind of dull for me. Kind of reminds me of Edward from Twilight. Now with his brother Lucas, he kind of lost a little bit of his edge that I liked him for. But being held as a prisoner kind of does that for you. But still his desperation made him a little weak even though it gave us a big plot twist, I want to see Lucas back to his full asshole self. Still though Lucas gets my motor going.

Ben… my feelings are confused. He is starting to be conflicted in his mind. He starts to wonder about certain things. He starts to question the hunters along with Reuben’s need to get his daughter out of the Shade and wonders if it was a big mistake. What happens at the end of the book for Ben surprised me. Thus leaving me conflicted over Ben and over Claudia.

Reuben/Aiden is kind of an idiot. Here you have someone under your command who has been to the Shade and yet you don’t listen to him. I almost started to like Reuben when we find out the reason why he left Sofia with the Hudsons. (Ingrid tells us this) But I lost all of the liking when he opened his big trap. He just wanted his daughter out of the Shade and then destroy it no matter who is left on the island. He is kind of the human version of Gregor Novak. Gregor… I really can’t say much on you other than GIGANTIC ASSHOLE!!

Borys… you have a beautiful woman but you wanted her daughter instead. Oh while Gregor is a gigantic asshole Borys is a  major creeper and total psychopath. Like he makes Claudia look like a saint. We all know how psycho that bitch is now. Ingrid… you call yourself a mother. I really want to say how I feel about her but then major spoil alert and I don’t want that. What kind of mother would give up her daughter so she could be immortal??

Other than Derek, Sofia, and Corrine we see some character development but not enough. With the two MCs I wish they would have been able to grow more in this book. With Sofia finally figuring out everything and Derek having to deal with his dad Gregor back in the Shade, there could have been some great character development. Sofia had the potential of coming off as a strong heroine at the end of book two. Sadly it took half of the book for her to finally come out and stand up.

Even though she finally because a strong lead about 10% of the book later and she is  back to being the sniveling little girl again. Can we please keep the heroine strong and consistent. 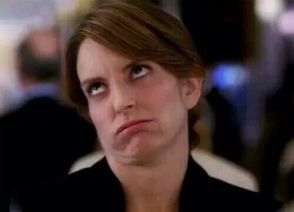